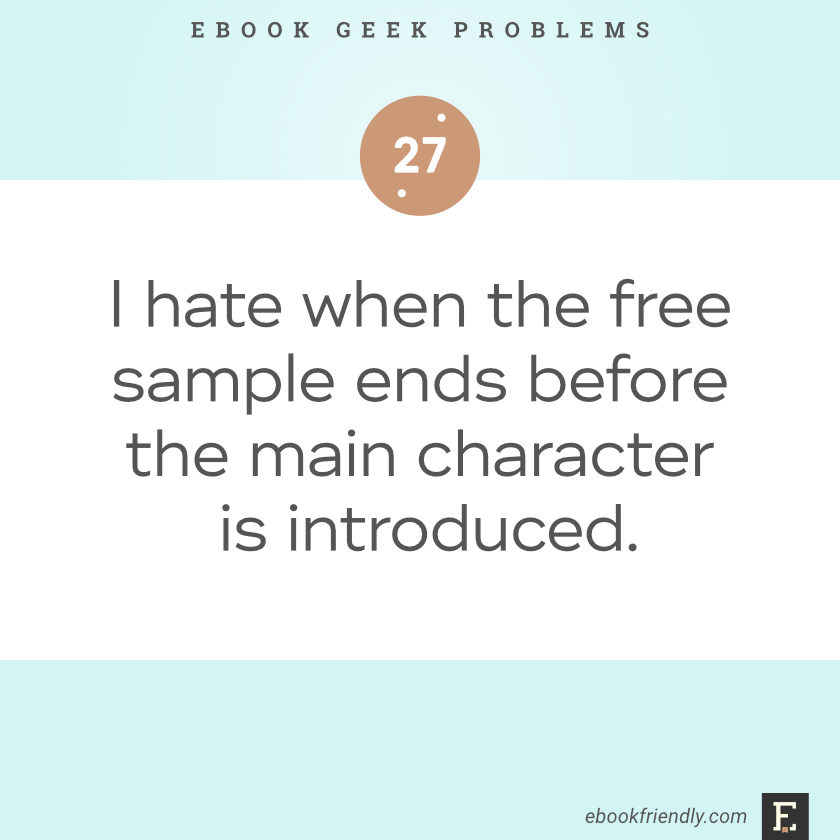 I hate when the free sample ends before the main character is introduced.