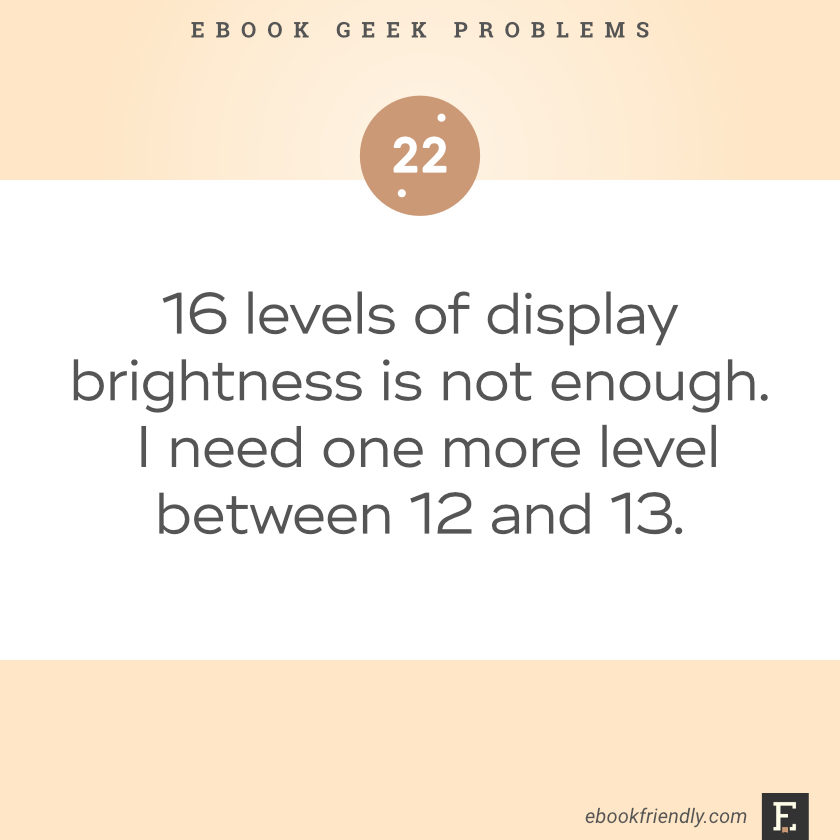 16 levels of display brightness is not enough. I need one more level between 12 and 13.