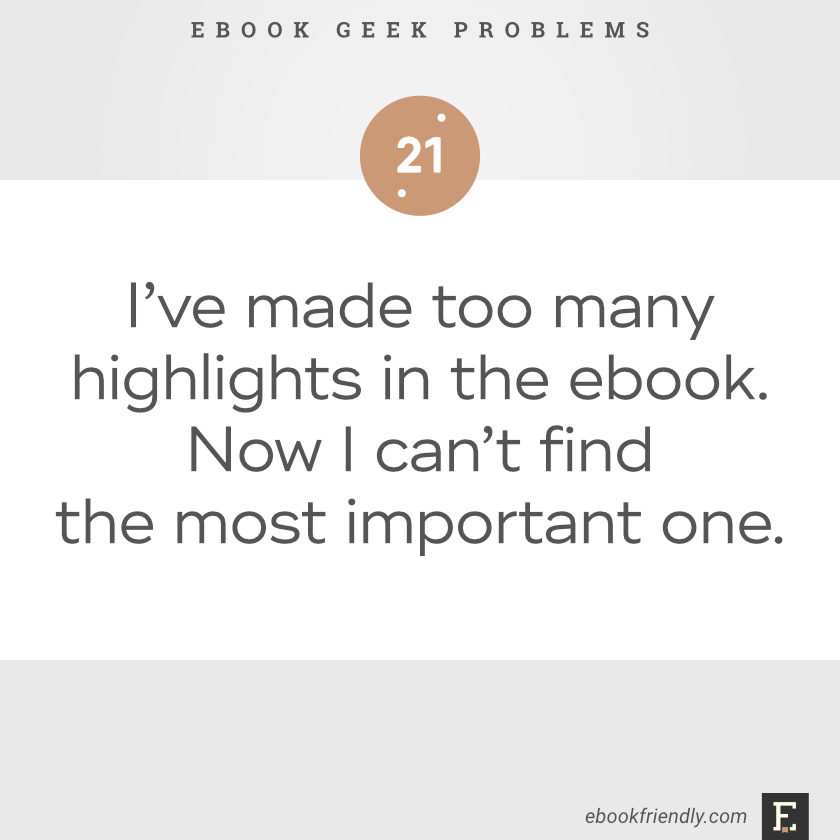 I’ve made too many highlights in the ebook. Now I can’t find the most important one.