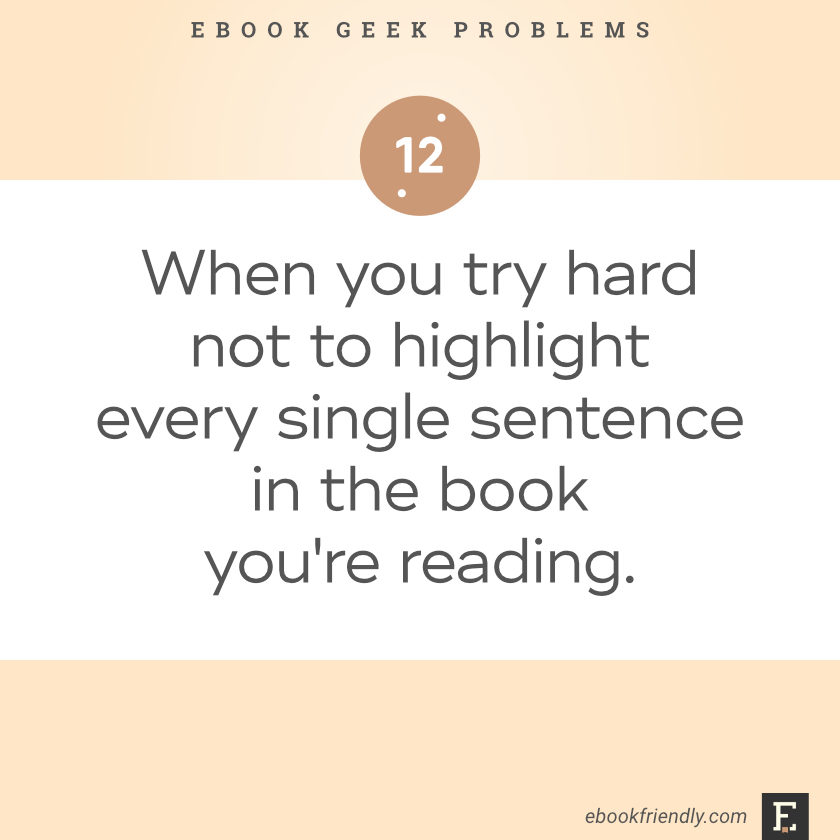 When you try hard not to highlight every single sentence in the book you're reading.