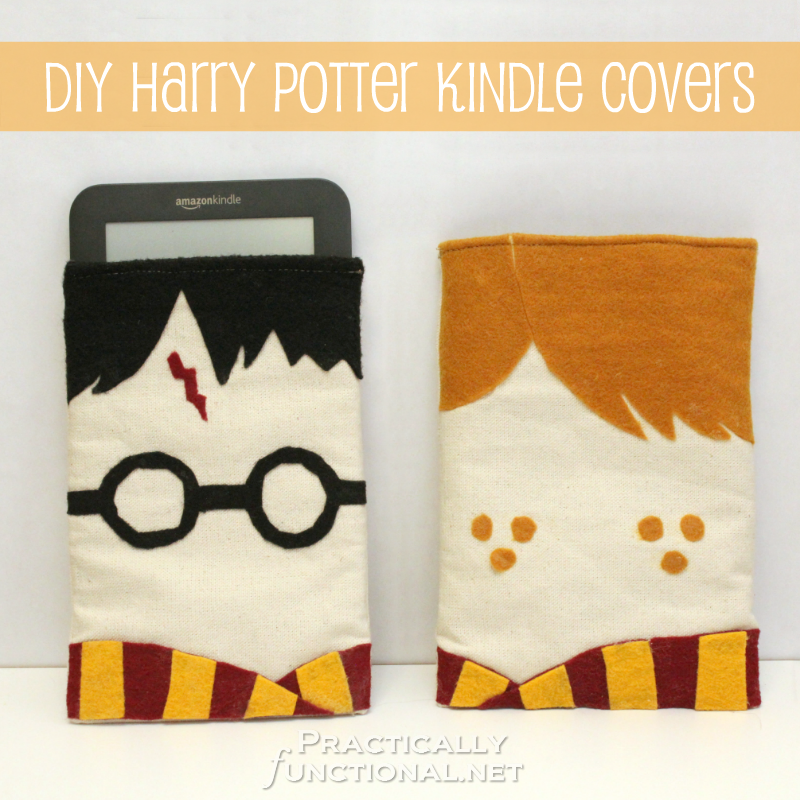 Are you a fan of Harry Potter? Do you want to express it with the cover of your e-reading device? You can buy a wonderful cover handmade by Life Geekery and sold on Etsy for $27 – but you can also do it yourself. With tips by Jessi from Practically Functional it’s easier than you think.

The picture below shows the end covers of Harry Potter and Ron Weasley, but in the original post you’ll find a detailed info, together with lost of useful photos.

If you want to make one for yourself, all you need is glue, felt, and the ability to sew two (reasonably) straight lines with a sewing machine!

Make sure to measure your e-reader.