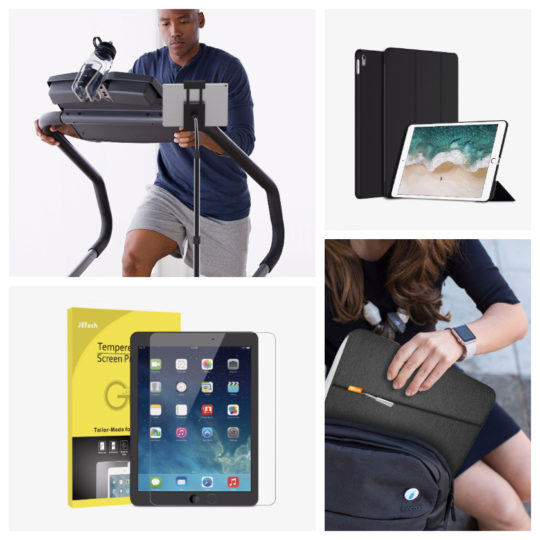 Many people who have decided to buy the newest 9.7-inch Apple iPad are waiting for deals to accessorize their new tablet at a reasonable cost.

It’s good to check out Amazon Gold Box from time to time, or – even better – to subscribe to the email newsletter to get new deals right into the inbox.

Good news for Apple fans is that some of the discounted products are designed for iPad. Here are our recommendations:

Several iPad cases and accessories from JETech are up to 40% off on Amazon https://ebookfriendly.com/deal-ipad-cases-accessories-jetech-amazon/ via @ebookfriendly