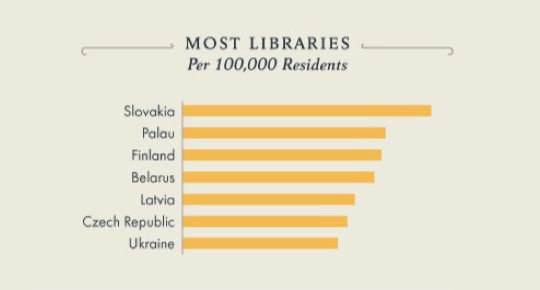 How can you judge which country is the best for the book lover? You can rank countries by literate behaviour characteristics, for instance.

A much simpler method, however, is to look into how many libraries are available for the residents of each country.

And this is what you can find in an infographic created by Syracuse University’s School of Information Studies.

The visual ranks 20 best and worst countries for book lovers measured by the number of libraries per 100,000 residents. The figures are based on data from the Online Computer Library Center Inc (OCLC) and the World Bank.

But libraries aren’t just about books. They play an integral role in the social fabric of their communities. They provide literacy training to the homeless, offer a valuable gathering space for civic groups, and grant access to educational resources.

As you’ll see in the table and an infographic, Slovakia leads the way, with 138 libraries per 100,000 residents. The top 10 also includes Palau, Finland, and Belarus, among others.

Top 10 countries witht the most libraries per 100,000 residents

Click or tap the visual to see it enlarged. 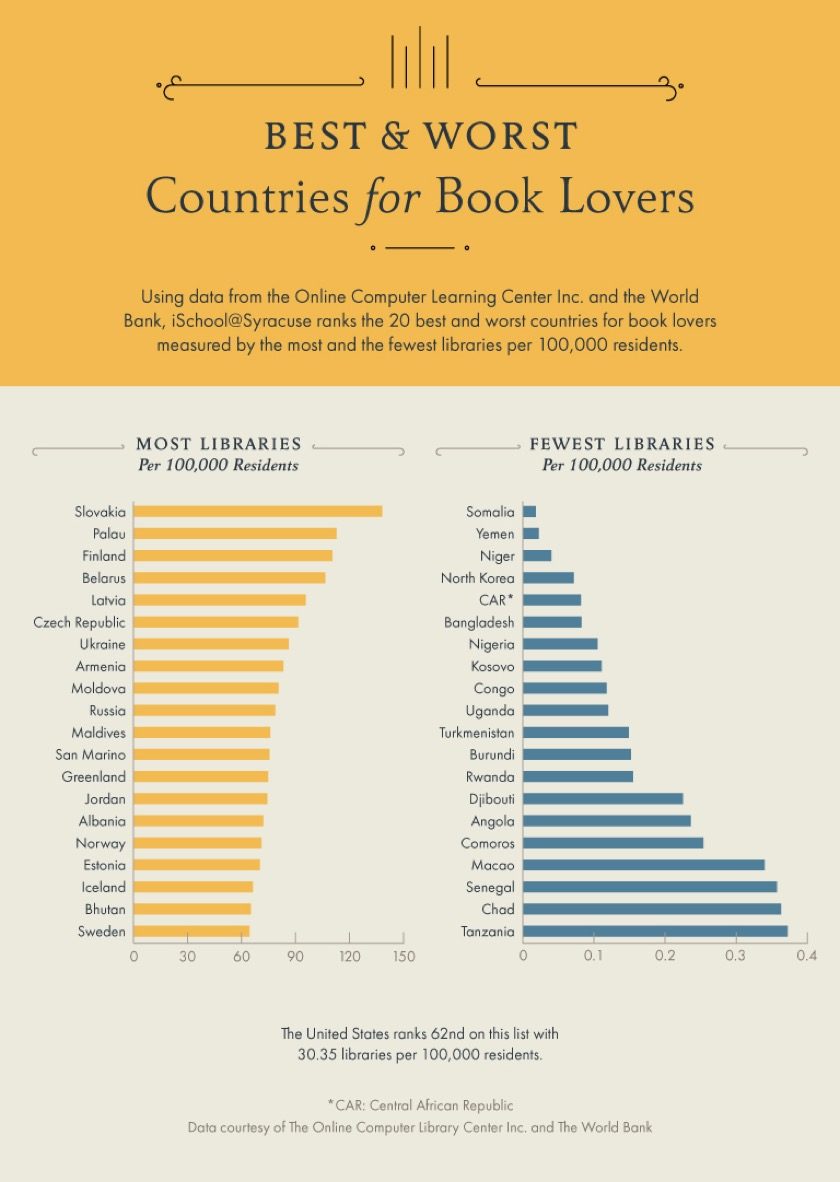 Keep exploring. Here are more infographics about libraries and reading:

Countries with the most and fewest libraries per 100,000 residents (infographic) https://ebookfriendly.com/countries-most-fewest-libraries-infographic/ via @ebookfriendly