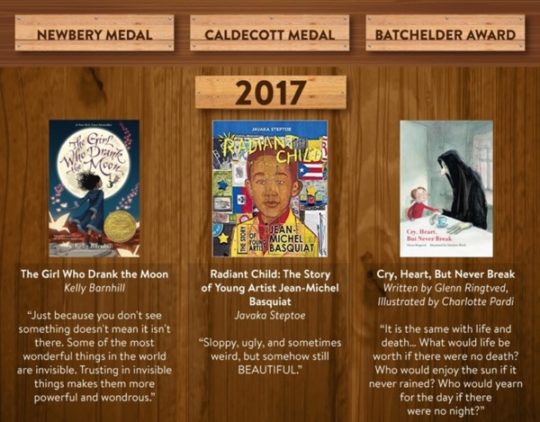 Discover thirty valuable children’s books of the past decade by reading their most inspiring passages.

Children’s books are an endless source of wisdom and inspiration for people in every age.

Putting together the most wonderful passages into infographics is one of the most exciting ways to learn about these books.

And here is another great example. The visual was prepared by AAA State of Play, the company specializing in outdoor playground equipment.

The new visual collects the most captivating passages from children’s books published in the past decade. One year brings three books and each of them comes with one most inspiring quote. It’s worth mentioning, all these books have been given prestigious awards.

Why reading at young age matters? It can foster the love for books, and increase the chances reading will become a habit. A single, wise, insightful, and memorable quote from the book your mom read to you can do miracles.

Interested in finding out other inspirational quotes from literature? We have them collected in a list of the best quote infographics.

Via Via AAA State of Play Blog.

Interested in infographics about books and reading? We’ve got them: