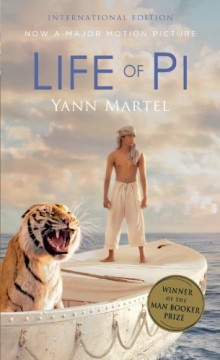 2013 Oscar nominations were announced on January 10. This year, 11 nominees are based on books or book series. As much as five of the nine films listed in the Best Picture category are book adaptations. It clearly proves that movie industry takes a lot of inspiration from books.

“Les Misérables”, nominated in 6 categories (Best Picture and Best Music among others), is based on a famous novel by Victor Hugo. First published in 1862, Les Misérables is widely considered one of the greatest novels of the nineteenth century.

Pulitzer Prize-winning historian Doris Kearns Goodwin wrote the book Team of Rivals: The Political Genius of Abraham Lincoln. The book inspired Steven to direct “Lincoln”. The movie is nominated for Best Director, but also 11 other categories, Adapted Screenplay among them.

Everyone knows Leo Tolstoy’s Anna Karenina. Set in 19th-century Russian high-society, the book tells the story of the aristocrat Anna Karenina entering a life-changing affair with the affluent Count Vronsky. Is the new movie adaptation going to be better than former ones from 1997 (Sophie Marceau), or 1948 (Vivien Leigh) ?

“Argo”, a film about a CIA agent who helps six Americans to escape from Iran in November 1979, was nominated for Best Picture, Best Supporting Actor, Best Adapted Screenplay, and Best Original Score. The movie, directed by Ben Affleck, who also plays a leading role, is based on a book written by Antonio Mendez and Matt Baglio.

Matthew Quick’s novel The Silver Linings Playbook is the riotous and poignant story of how one man regains his memory and comes to terms with the magnitude of his wife’s betrayal. The movie based on the book was directed by David O. Russell and received 8 nominations.

Films nominated to the most prestigious movie awards are certainly the best of the bests. But are these adaptations better than the original written words? The Oscars Gala evening is on February 24. Until then you can spend a couple of enjoyable evenings to read the original books.

We list six most important books below, together with links to ebookstores, where you can download them immediately. You can find the list of 2013 Oscar book adaptations on Huffington Post. The full list of nominees for the 85th Oscars Academy Awards is here.

Six books 2013 Oscar nominations are based on

After the sinking of a cargo ship, a solitary lifeboat remains bobbing on the wild blue Pacific. The only survivors from the wreck are a sixteen-year-old boy named Pi, a hyena, a wounded zebra, an orangutan—and a 450-pound royal bengal tiger. The scene is set for one of the most extraordinary and beloved works of fiction in recent years.

Universally acclaimed upon publication, Life of Pi is a modern classic.

“A story to make you believe in the soul-sustaining power of fiction.” –Los Angeles Times Book Review 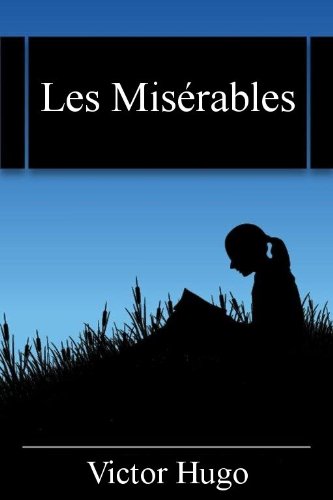 Victor Hugo’s tale of injustice, heroism and love follows the fortunes of Jean Valjean, an escaped convict determined to put his criminal past behind him. But his attempts to become a respected member of the community are constantly put under threat: by his own conscience, when, owing to a case of mistaken identity, another man is arrested in his place; and by the relentless investigations of the dogged policeman Javert. It is not simply for himself that Valjean must stay free, however, for he has sworn to protect the baby daughter of Fantine, driven to prostitution by poverty. A compelling and compassionate view of the victims of early nineteenth-century French society, Les Miserables is a novel on an epic scale.

Team of Rivals: The Political Genius of Abraham Lincoln

In this monumental multiple biography, Pulitzer Prize-winning historian Doris Kearns Goodwin studies Abraham Lincoln’s mastery of men. She shows how he saved Civil War-torn America by appointing his fiercest rivals to key cabinet positions, making them help achieve his vision for peace. As well as a thrilling piece of narrative history, it’s an inspiring study of one of the greatest leaders the world has ever seen. A book to bury yourself in. 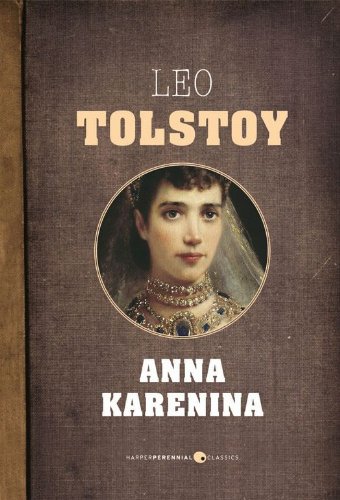 Widely considered one of the best novels ever written, Anna Karenina is the tragic story of the aristocratic Anna’ s doomed affair with the wealthy Count Vronsky. Reflecting Russian morals of the time, as well as Tolstoy’ s personal feelings on infidelity, Anna Karenina explores themes of passion and fidelity, the impact that social norms have on personal choice, and the ramifications of choosing a life outside of that deemed acceptable by society.

Anna Karenina was first published as a serial in The Russian Messenger between 1873 and 1877, although due to Tolstoy’ s difference of opinion with the editor of the periodical, it was not published in its complete form until the novel was released in 1877. Anna Karenina has been adapted for radio, stage, ballet, opera, and film, including the eagerly anticipated release of the 2012 movie starring actress Keira Knightley in the title role.

Argo: How the CIA and Hollywood Pulled Off the Most Audacious Rescue in History

Tehran, November 1979. Militant students stormed the American embassy and held sixty Americans captive for a gruelling 444 days. But until now the CIA has never revealed the twist to the Iran Hostage Crisis: six Americans escaped.

The escape plot was run by Antonio Mendez, head of the CIA’s extraction team and a master of disguise. Mendez came up with an idea so daring and potentially foolish that it seemed destined for Hollywood… and indeed it was. He invented a fake sci-fi film called ‘Argo’ (from the actual name of the CIA mission, a reference to Jason and the Argonauts). After announcing the production to the movie industry, Mendez put together a team of real 1970s Hollywood actors, directors and producers – along with covert CIA officers. They would travel to revolutionary Iran under a foreign film visa, and while ‘scouting locations’ throughout the country they would track down the six Americans who were hiding out. After giving them false identities as part of the film crew, they would spirit them back across the border. 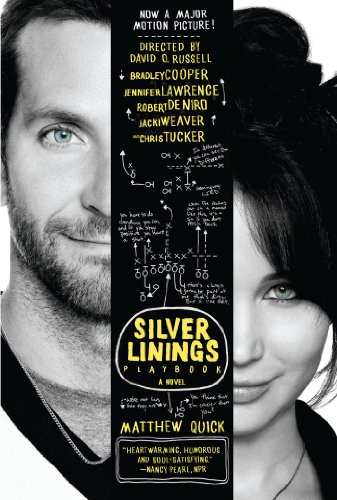 The Silver Linings Playbook: A Novel

During the years he spends in a neural health facility, Pat Peoples formulates a theory about silver linings: he believes his life is a movie produced by God, his mission is to become physically fit and emotionally supportive, and his happy ending will be the return of his estranged wife, Nikki. When Pat goes to live with his parents, everything seems changed: no one will talk to him about Nikki; his old friends are saddled with families; the Philadelphia Eagles keep losing, making his father moody; and his new therapist seems to be recommending adultery as a form of therapy.

When Pat meets the tragically widowed and clinically depressed Tiffany, she offers to act as a liaison between him and his wife, if only he will give up watching football, agree to perform in this year’s Dance Away Depression competition, and promise not to tell anyone about their “contract.” All the while, Pat keeps searching for his silver lining.

From books to movies: six books 2013 Oscar nominations are based on https://ebookfriendly.com/books-2013-oscar-nominations/ via @ebookfriendly