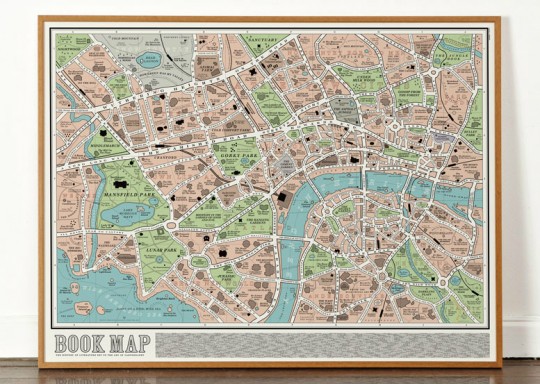 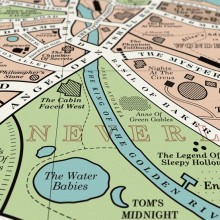 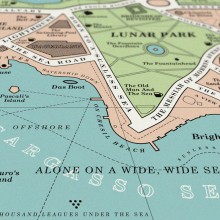 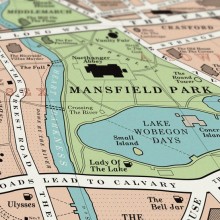 In times of Google Maps finding any location comes easy. I wish we were able to visit places shown on this fantastic literary map just released by Dorothy, a Manchester-based design studio.

Book Map is a street map made up from the titles of 600 books from the history of English Literature.

That’s not all – the map includes also fictional areas dedicated to the works of Virginia Woolf, Thomas Hardy, Tolkien, or Harry Potter.

You can buy the Book Map on Dorothy website for £25 (plus handling and shipping). It’s a 80cm by 60cm four-colour litho print on 120gsm uncoated art paper. There is also a signed limited edition for £100.