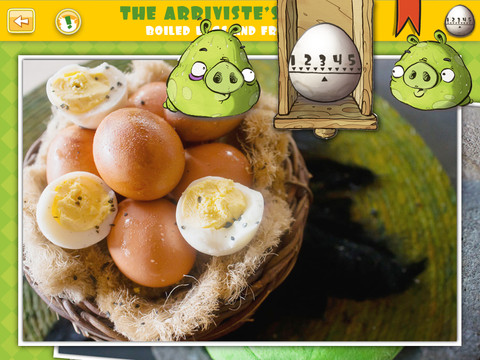 What makes this cookbook special is that the photographs of the app are taken by the pigs, which means that your own dish always looks better than the ones in the book,” said Sanna Lukander, VP of Books.  “Quite a change from the average cookbooks on the market!

Rovio published last year a physical cookbook of the same name, and it won “Best First Cookbook of the Year” at 2012’s Gourmand World Cookbook Awards.

The regular price of the app is $4.99, but right now it’s available in the iTunes AppStore at the special introductory price of $.99. 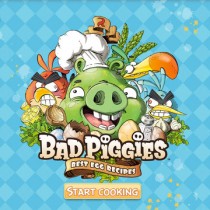 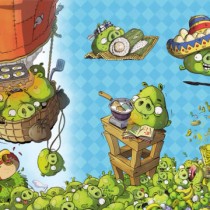 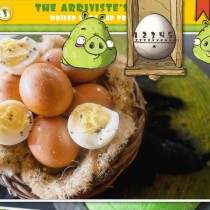 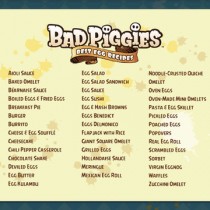 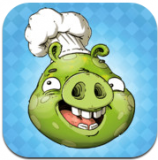 From the creators of Angry Birds: an interactive cookbook by the Bad Piggies!

Special introductory price! Normally $4.99, this app is $.99 for a limited time only!

This one-of-a-kind iPad app is crammed full of 41 delicious egg recipes — including step-by-step instructions with photos – as well as charming illustrations. There’s more to these drawings than meets the eye: they’re full of interactive easter eggs that bring the birds and piggies to life! Plus, eye-catching and surprising photos of the finished dishes, as “prepared” by the pigs!

With full social media integration and a built-in photo album to save pictures of your finished creations, this is an iPad app that’s perfect for sharing and enjoying with friends. Just don’t tell the Angry Birds!

Based on Bad Piggies’ Egg Recipes book, first published by Rovio Entertainment in 2011, this app is an excellent addition to your cookbook library and perfect for Angry Birds fans of all ages!

Buy in the AppStore