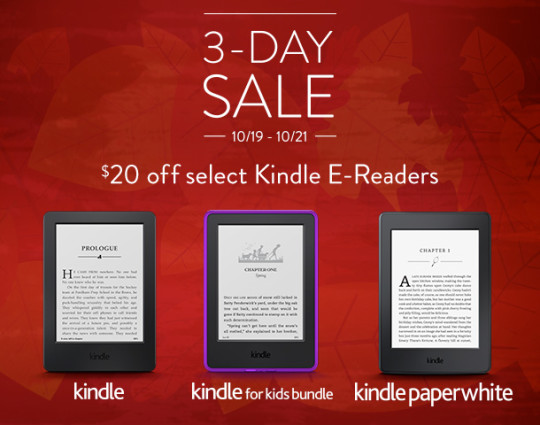 It’s just a teaser before the 2015 holiday shopping peak that’s coming in the next few weeks.

Amazon has just announced the 3-Day Sale on Kindle. Three models are included, each one costs $20 below its list price:

You’ll have to quickly decide whether to enter the deal or wait for the next one. The 3-Day Sale ends on Wednesday, October 21, 2015, on midnight, Eastern Daylight Time. 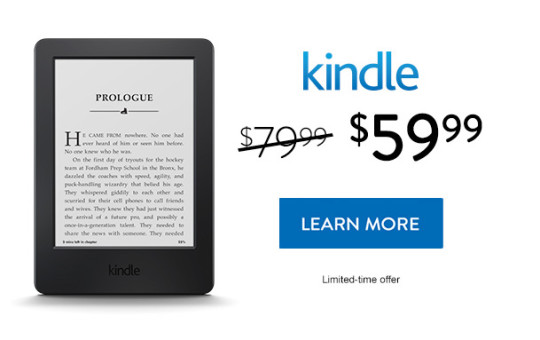 The basic Kindle bears the sale price of $59.99, instead of . $20 is one-fourth of its original price. However, the discounted Kindle is still $10 above the regular price of the cheapest Fire tablet – Fire 7, introduced a couple of weeks ago.

With rumors that the budget Kindle will get a refreshment this autumn, it’s possible that the price of the 2014 version would be further decreased. The decision is yours. 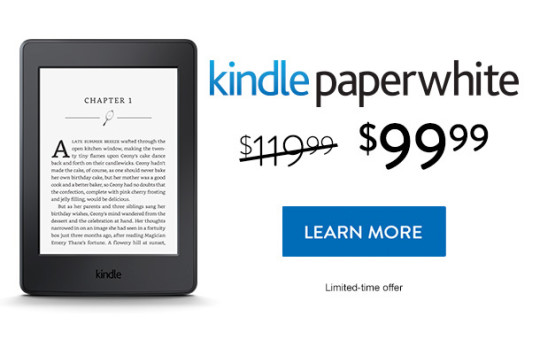 Kindle Paperwhite costs $99.99 () after the cut. The version on sale is WiFi-only with ads. Currently, there is no other version offered via main channels on Amazon.

Although it’s not promoted by Amazon, the international version of Kindle Paperwhite costs now also $20 less. When you order it now, you’ll pay $119.99 ().

It’s not clear whether the lower price is a part of the 3-Day Sale or will stay longer. We will know it on Thursday morning. 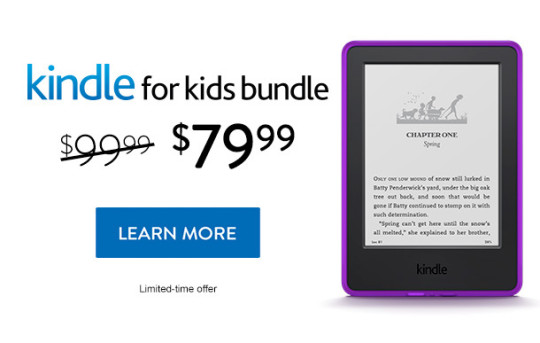 For me, this is the least attractive deal, because it’s the least appealing product. If I were a kid, I’d have no doubt to choose a tablet over an e-reader. Especially now, when Fire Kids Edition costs under $100.

Three Kindle models are on sale – save $20 on each https://ebookfriendly.com/amazon-kindle-day-sale-2015/ via @ebookfriendly