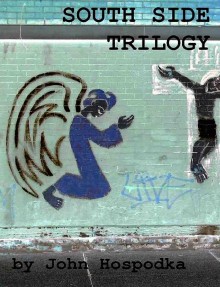 Enhanced ebooks offer new possibilities for authors and readers, but interactive elements have to be wisely used not to confuse readers and distract them.

John Hospodka, a Chicago-based poet and founder of Bohemian Pupil Press tries to bring the best of interactivity into poetry.

As revealed through the varied literary techniques, and sound and images (performed monologues, original music, soundtrack music, visual art and video) that compose John Hospodka’s innovative experience, Hardscrabble is the purgatory into which Chicago has arrived to gather a few breaths before being seized by the uneasy obligations of her own confessions; and it is the neighborhood into which Hospodka’s vision has come to lurk amongst the South Side’s imagination and bestow a mercy-tinged, yet unapologetic voice upon the American literary landscape.

“With a Literary Picture Show I have begun a new dialogue by presenting a unique theory regarding the potential new labor of the poet,” says Hospodka. “And I am satisfied with that. I’ve offered a vision, a theory, that to my mid has not yet been attempted – one that fearlessly reaches out beyond the given parameters of poetry to attract readers to poetry.”

The book was published via BookBaby. It’s available for $6.99 in iTunes Store, for iPad, iPhone and iPod Touch, and can be read using iBooks application.