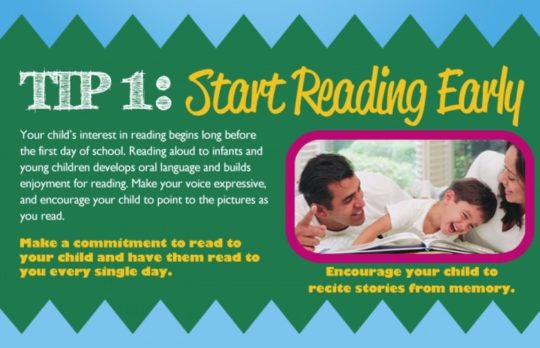 Children who learn to read earlier will be more successful in school.

Take a look at the infographic released by Rusty and Rosy. It provides eight simple tips that will help you involve your child in reading earlier and show that reading can be a lot of fun.

How to make the child excited about reading?

Try this: use music. Have fun and sing along with nursery rhymes, clap or dance along with the rhythm to help the kid hear the sounds in spoken words.

8 simple and enjoyable tips for teaching your child to read (infographic) https://ebookfriendly.com/8-tips-for-teaching-your-child-to-read-infographic/ via @ebookfriendly