24 Symbols, a subscription-based platform that lets read ebooks on the web, has prepared a fantastic picture, associating reading positions with books.

Although it’s in Spanish, I’m sure you’ll understand all the connections. I personally read The Metamorphosis way and end up like Madame Bovary. You? 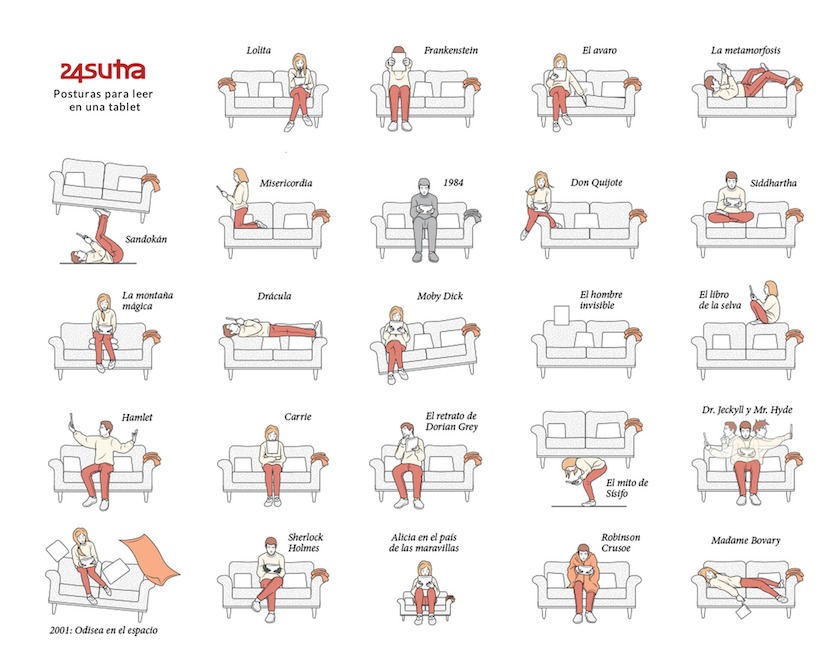